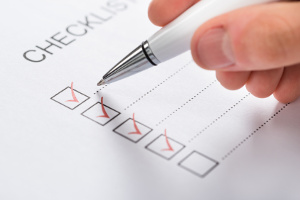 Recently, while speaking at the Symfony Berlin User Group, during the Q&A session, I was asked to comment on how to solve an issue when using FOS REST Bundle and JMS Serializer.

The JMS Serializer is a library that allows to serialize and deserialize and object graph into a JSON or XML representation and vice versa and in the last two years I'm doing my best as maintainer of it.

Serializing can be a not trivial process, but when talking about de-serialization, the problem is even more difficult. The source data (XML or JSON) can be not well formatted, well formatted but not valid or valid syntactically but not valid in our domain.

An example of this situation can be:

Here we can ask our self:

This and many other question may arise from few JSON lines.

Normalization is the process of translating the data from one representation to a different one (eventually more convenient for some reason).

Normalizing the previously said numbers means converting all of them into a single unified format that allows us to work on them. Can be a float number or a Money value object or an integer (multiplied by 100 in this case) or any other representation fits well our domain model.

Note: normalization is about converting/translating data.

Validation is the process of asserting if a specified information is valid for a given context.

We can validate data either before or after the normalization phase.

Another example can be the text hello world normalized as (string), can be valid as "english language string" but most probably is not valid as "blog post" where we might require at least 300 words.

In the post-normalization phase, the validity of the data depends on the application domain/context.

If we want to normalize it to a float it is really difficult to decide which number it should represent.

In the case of pre-normalization, the validation process overlaps with what we are able to normalize in a reliable way (by reliability I mean the level of error I want to allow in my application).

Note: validation does not perform any data conversion.

De-serialization is the process of translating a representation that can be stored or transmitted into an object state.

The deserializer will not do "post-normalization validation", this mean that your object graph might be in an invalid state after the deserialization process.

This post is mainly about PHP and more in detail about the JMS Serializer and its deserialization capabilities.

In the past different users have tried to enrich the JMS serializer ability to validate objects, but mixing the deserialization, validation and normalization is a risky idea. Is risky because can end up with a library not able to do well none of the three. Currently there are great alternatives when talking about validation or normalization.

If you want to ensure a valid object state at the end of the deserialization process, a great solution is the Symfony Validator

The valid object state can be described using XML, YAML and annotations when working with the Symfony Validator.

At the moment there is not out there a solution to do proper normalization and pre-normalization validation of the data using the JMS Serializer, but luckily there is another great solution, the Symfony Form component.

The Symfony form component allows you a much more granular process of "deserializing" some data into an object graph.

The data types DateType and TextType (and many others built in into symfony) have plenty of useful options and configurations that allows you to customize the de-serialization process. The form component can also set to NULL all the fields before starting the "conversion" process or can do just simple update to your object state (something that is not possible with the JMS serializer).

Compared to the JMS serializer, the symfony form deserialization process is much more complex and is not trivial to configure but it will do pre-normalization validation and normalization for you.

With this post I'm not saying "stop using the JMS Serializer" for deserialization, what I'm saying is "use the jms de-serializer in specific situations" where the validation and normalization are not fundamental.

My personal use-case for the JMS de-serializer is to exchange data between "Queue-workers". Data are produced by a php application (using the JMS serializer) and consumed by various PHP workers (data deserialized using the JMS de-serializer). In my case the data are really simple and produced by reliable sources. Because of that validation and normalization and validation are almost not necessary. (Some post-normalization validation is performed at application level to ensure the data received are valid, but not much)

My personal NOT-use-case for the JMS de-serializer is the handling of POST/PUT/PATCH requests in a REST webservice. The data that a public REST webservice should handle are often complex, especially if it is part of an API consumed by some user-facing frontend application. The API has to validate and normalize the user input as emails, date of birth, bank transaction amounts and so on...

What do you think? Is out there a library that handles properly all the three parts?

Looking forward to hear your feedback!