Blog » How do I deploy my Symfony API - Part 1 - Development

This is the first from a series of blog posts on how to deploy a symfony PHP based application to a docker swarm cluster hosted on Amazon EC2 instances. This post focuses on the development environment. 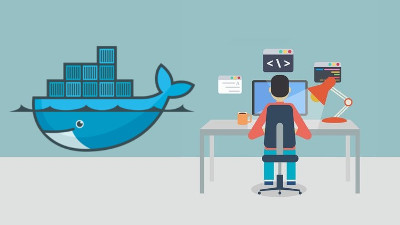 In this blog post I'm going to share the deploy strategy I've used to deploy an API-centric application to AWS for a customer.

This is the first post from a series of posts that will describe the whole deploy process from development to production.

The application was a more-or-less basic API implemented using Symfony 3.3 and few other things as Doctrine ORM and FOS Rest Bundle. Obviously the source code was stored in a GIT repository.

When the project/application was completed, I've used
CircleCI (that offers 1 container for private builds for free) to coordinate the "build and deploy" process.

The process can be summarized in the following schema:

The repository code was hosted on Github and CircleCI was configured to trigger a build on each commit.

The deploy to live had a manual confirmation step.

Obviously everything starts from the development environment.

A lot of emphasis was used to ensure a stateless approach in each component. From the docker point of view this meant that was not possible to use shared folders between container and the host to store the state of the application (sessions, logs, ...).

Not storing data on the host is fundamental to be able to deploy seamlessly the application to live. Logs, sessions, uploads, userdata have to be stored in specialized services as log management tools, key value storages, object storages (as AWS S3 or similar).

Docker compose is a tool that allows you to configure and coordinate containers.

From this docker-compose.yml we can see that we have PHP, Nginx and a PostgreSQL database.

Please pay attention to the compose-version 3.3, means that we are can run this compose file as a docker stack and deploy it on simple docker hosts of on docker swarm clusters.

To note also the build section of the php and www services. The images are built from the specified dockerfile, but the context of build (the working directory) is .. This allows to build the docker image containing already the source code of our application but keeping a nice folder structure.

The db container is used only for development and test environments (where performance and high availability are not necessary), for live was used an Amazon RDS instance.

From the previous docker-compose.yml file we can see that we are using "custom" images for each service.

Let's have a look at them.

This docker file is trivial, just references the official postgres:9.6 image and creates a database when spinning up the container.

Data are persisted to the host machine in a docker volume as specified in the volumes section on the docker-compose.yml file.

EDIT (2017-09-24): Thanks to Michał Mleczko, I've found out that the custom build script is not really necessary since the default postgres images allows to configure the default database creation via environment variables. To have postgres running is sufficient to do something as:

This is the docker/php-fpm/Dockerfile file to build the PHP image.

This is the PHP image, not much to say except the permission issue that was necessary since the COPY operation is always executed as root. Executing the chown command was necessary for the folders that will be touched by the composer dump-autoload and composer run-script post-install-cmd.

The web server image is also trivial, it just copies some configurations (the virtual host setup mainly) and copies the code available in the web directory (the only one exposed to the server by symfony recommendations).

By typing in your shell...

the development environment is up and ready!

The exposed setup is sufficient but to create a more flexible image, for me was fundamental to allow to use environment variables in configuration files.

To do so I've used a helper script to replace environment variables from a file with their values.

The following file was copied on each image built via Dockerfile to /conf/substitute-env-vars.sh.

All configuration files were copied always to /conf.

Later the docker-ENTRYPOINT was responsible to replace the environment variables from a file with their runtime values and to place the files the right location.

This is a portion of the entrypoint file:

$APP_SERVER_NAME and $APP_SERVER_ROOT are environment variables and when set to www.example.com and /home/me/www the resulting file will be:

If some variables are not available, they will be replaced by its default value (project.dev and /var/www/app/web in this case). If the variable is not defined and no default value is specified, the result will be an empty string.

By default, Symfony stores logs to file, using docker, in some situations can be not the best approach.

I've configured monolog to output logs directly to the "standard error" stream. This later will allow to configure docker and docker log drivers to store logs via one of the supported drivers (json-file, syslog, gelf, awslogs, splunk... and many other).

Note the buffer_size option, if you have long running scripts (cli daemons), that option is fundamental to avoid memory leaks.

Symfony by default will store logs forever waiting for an error critical enough to flush the log buffer, but a "good" should not have errors, so the buffer will never be flushed. With that option symfony will keep only the last 5000 log items.

In this post I've shared my local environment. There are many things that can be improved, many of them were fundamental for my project but for brevity I could not include them in this post.

Some improvements that can be done:

In the next posts will see how to move the local development environments thought the build pipeline to the live environment.

Did I miss something? Feedback are welcome.